Language, Criminal Justice, and the Role of SLPs: Continuing the Conversation 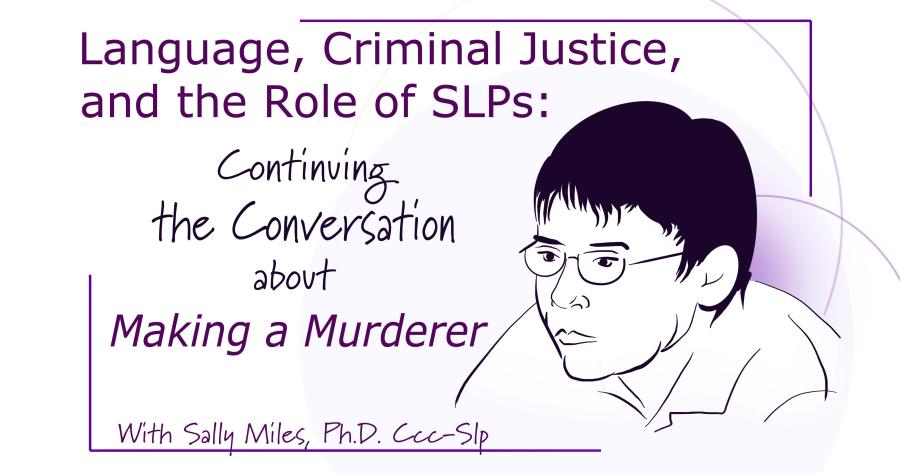 Language, Criminal Justice, and the Role of SLPs: Continuing the Conversation

In the first installment of this article we discussed the case of Brendan Dassey, a young man with language disorder who was tried and convicted of murder despite profoundly problematic police interrogation methods. Brendan was a minor at the time. Brendan’s case was both tragic and fascinating. It was even the focus of a Netflix documentary, Making a Murderer. More importantly, it raises big questions about how language disorders interact with the American criminal justice system. In this post, we will discuss those issues in greater detail. From motor vehicle incidents to murder, people will confess to crimes they did not commit. Why? Among other reasons, people facing long prison sentences may hope for a lighter sentence, the person may have been intimidated or lied to by the police during interrogation, and, yes, a person may confess due to compromised reasoning ability. In fact, a false confession is an all too common occurrence. The Innocence Project tracks cases where DNA evidence exonerated convicted individuals: “Although the individuals involved in these cases were innocent of the crime, approximately 25% had confessed or admitted guilt and 11% had plead guilty,” [1]. Honestly, I don’t know whether Brendan Dassey is a murderer or not. But I do feel comfortable saying this: the process that resulted in his confession and arrest was deeply, irremediably flawed. And a lot of that has to do with language: Brendan’s language and communication deficits, as well as the police officers’ weaponization of language against him. But the problem goes deeper than that. There is a general lack of knowledge regarding what speech and language disorders look like in practice, so it is perhaps inevitable that the deficit would also permeate our criminal justice system. We have a hard time demonstrating an evidence base to our clients, how can we go about informing police officers, prosecutors, defense attorneys, judges and juries? What is the solution? We don’t have a good answer for that. I wish we did. Where do we start? Well, we do have some ideas about that...

[1] For more information on this topic, see: https://www.innocenceproject.org/exoneration-statistics-and-databases/ [2] Michael E. Lamb et al., (2007). “A Structured Forensic Interview Protocol Improves the Quality and Informativeness of Investigative Interviews with Children: A Review of Research Using the NICHD Investigative Interview Protocol,” 31 Child Abuse & Neglect, 1201, 1209. See also: Poole, D. A., & Lamb, M. E. (1998). “A flexible interview protocol.” In D. A. Poole & M. E. Lamb, Investigative interviews of children: A guide for helping professionals (p. 105–148). American Psychological Association. https://doi.org/10.1037/10301-004 [3] Mary Schollum, (2017). “Bringing PEACE to the United States: A Framework for Investigative Interviewing.” Police Chief, Nov. For information about how speech and language disorders affect individuals’ ability to access the criminal justice system (cjs), see: https://www.rcslt.org/-/media/Project/RCSLT/justice-evidence-base2017-1.pdf * Take a look at the table that begins on p. 13 for a summary of the available literature on this topic. For a summary on how police interrogation in the UK addresses this issue and the p.e.a.c.e. interviewing framework, see: https://www.innocenceproject.org/how-the-uk-police-interview-suspects/ https://www.app.college.police.uk/app-content/investigations/investigative-interviewing/ For information on advocacy for juveniles and vulnerable adults in the U.K. criminal justice system, see: https://appropriateadult.org.uk/information/what-is-an-appropriate-adult https://www.rethink.org/advice-and-information/rights-restrictions/police-courts-and-prison/appropriate-adult-at-the-police-station/ [4] Doyle, Arthur Conan (1996). “The Adventure of the Blanched Soldier.” In Sherlock Holmes: The Complete Facsimile Edition (p. 1071-1082). Wordsworth Editions.